There’s more to Canadian bicycle brands than just having a Canadian address. Ambition and education count, which is evident in bikes by Argon 18 and Cervélo, but so do altruism and selfless aspiration, which are hallmarks of Garneau and Opus. Sure location doesn’t hurt, as with Norco, Rocky Mountain Bikes, and Devinci Bikes, but what’s true about all these Canadian designed bikes is what makes them unique. Each bike manufacturer has a flagship bike and a story to tell, keep reading to find out what makes these some of Canada’s top bicycle brands.

“Da Vinci” Bikes was founded in 1987 in Chicoutimi, Canada, 200 kilometers north of Quebec City. The area produces a third of Canada’s total aluminum output so it’s no coincidence that two local engineering students chose to establish the brand in Chicoutimi. Not long after the brand got started, Félix Gauthier, a cyclist and entrepreneur, acquired half of the company and changed the name to Devinci.

Devinci Bikes almost quite literally forged its reputation by making aluminum road bikes but quickly evolved to produce state-of-the-art mountain bikes under Gauthier’s direction. To this day, Devinci Bikes is closely identified with mountain biking, specifically downhill, owing to its flagship DH model, the Wilson, which debuted in 2011. Devinci hasn’t ignored other disciplines but has applied its signature cutting-edge research and development to gravel, road, and electric bikes, like these:

Since its debut, the Wilson has set the bar for both innovation and inspiration. Its durable aluminum front triangle seamlessly combines with carbon fiber seatstays for responsive performance both in pursuit of podiums and when laying it down at bike parks. 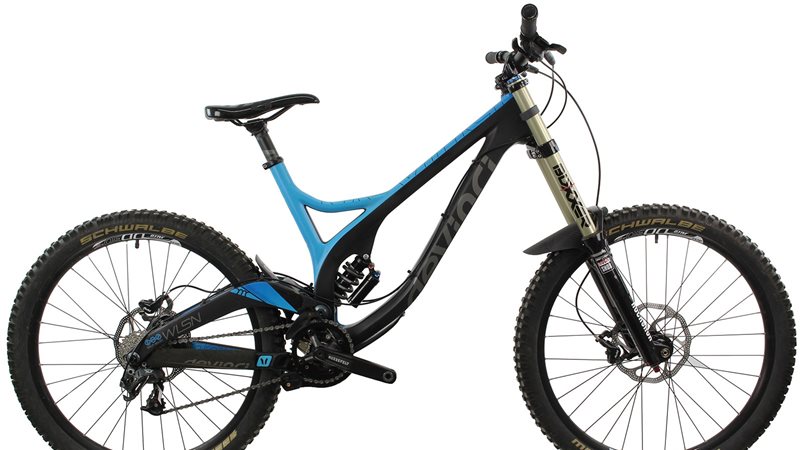 Going back four generations, the Troy claims to be a “quiver killer,” meaning it’s all the bike you’ll need for taking on everything your skills can handle (and maybe some stuff they can’t…yet). 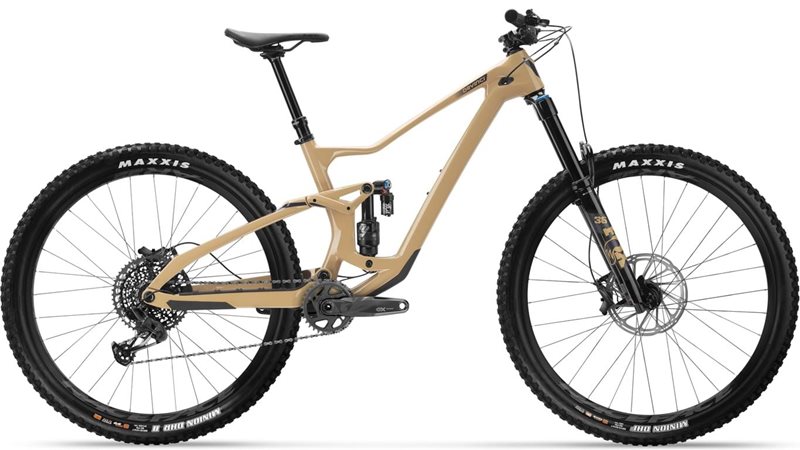 Devinci's classic carbon fiber road bike with rim brakes for purists. This workhorse all-around endurance bike also jumps into action when it’s time to stand on the pedals and send the pack to the back. 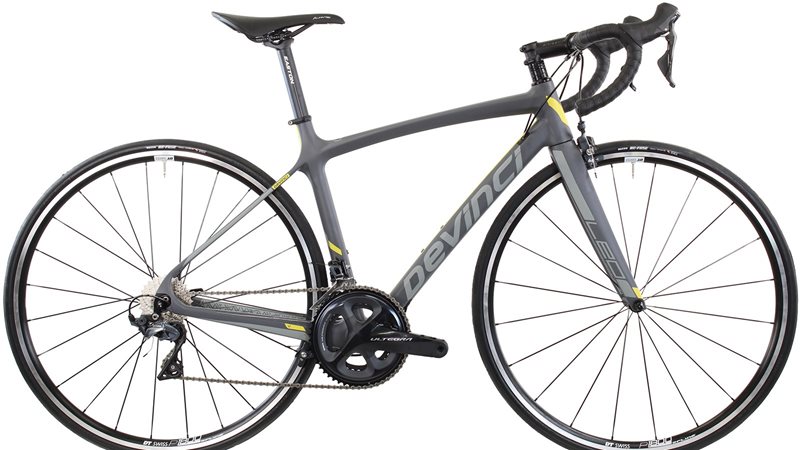 A member of Outdoor Gear Canada’s portfolio of cycling products, Opus is OGC’s house brand that’s been around since 2001. The bikes are designed in Montreal, manufactured in Taiwan, and equipped with components that support their modest prices. Generally speaking, while they aren’t the lightest, most aerodynamic bikes, they are practical and a good value for the money. Opus has a low profile, even inside Canada, yet the variety of bikes manufactured under the Opus name all but guarantees that you’ll find a bike that suits your needs. It may even be this one:

The Horizon range is really a collection of five models each with different specifications, depending upon rider preferences. The concept of “twinned” models is a feature of Opus, which wants to get people on bikes at a price they can afford. That said and given the Horizon’s versatility, this may truly be the one bike that does it all. 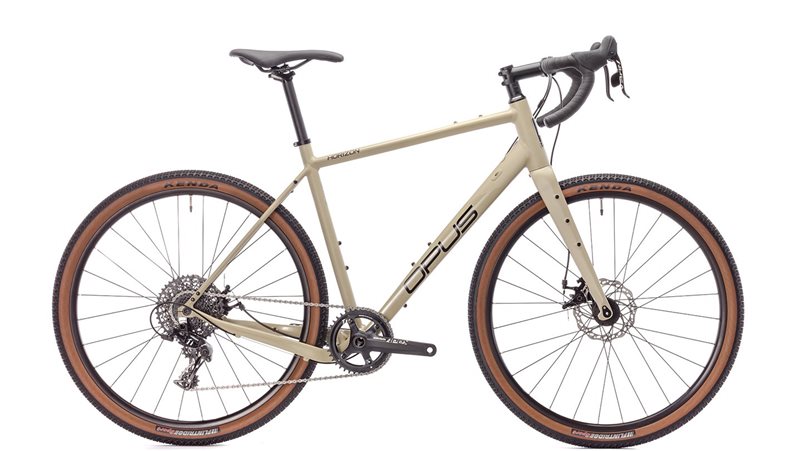 The fastest way to gain market recognition is to be well…fast. Founded in 1989 in Montreal, Argon 18 produced its first monocoque carbon fiber frame in 2005 and then collected three world triathlon titles the following year. The awards kept piling up – and not only for race wins but also for design concepts, like the ONEness cockpit, Argon 18’s streamlined handlebar and fully integrated stem with multiple settings to optimize aerodynamic positioning. More podiums were followed swiftly by Olympic medals in track, and stage wins in all three grand tours, plus victories in the most celebrated one-day road races.

Is Argon 18 a tri, road, or track brand? Clearly it’s all three since speed isn’t a coincidence for this brand but rather a consequence. 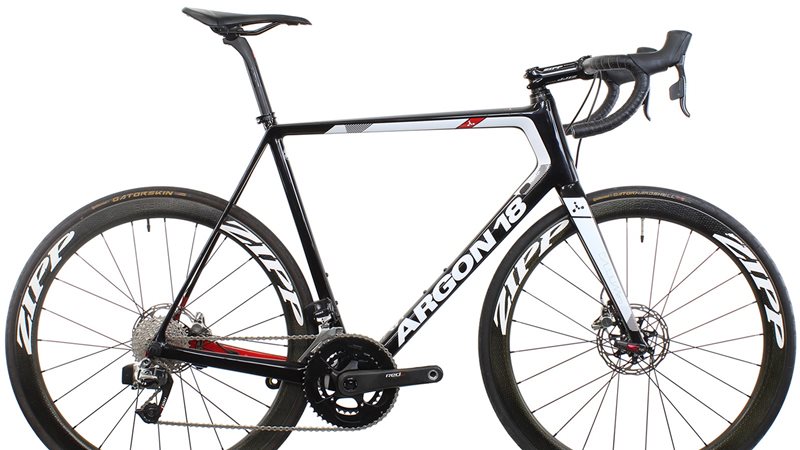 This legendary bike was launched in 2008 and introduced the first integrated cockpit on the market. That same year the E-114 design won the Eurobike Design Award and The Montreal Institute of Design Award. Since then, the model has evolved to the current E-119. 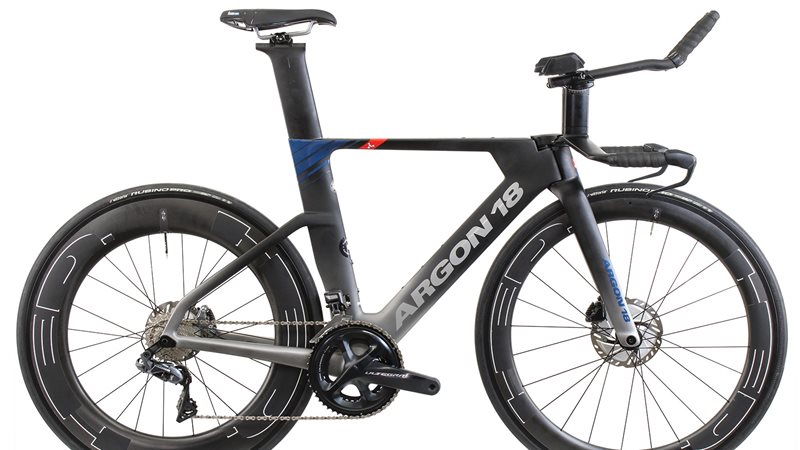 One of the older brands here, Rocky Mountain Bikes was incorporated in 1981 in Vancouver, just as mountain biking started to gain traction. The brand was ideally positioned on Canada’s rugged west coast, where the challenging terrain there begged to be ridden and where engineers developed high performance mountain bikes that were up to the task. Since those early days, Rocky Mountain Bikes has set the bar ever higher for what’s possible on two wheels. It introduced the first freeride team, the “Fro Riders,” in the 1990’s and hitched the brand’s identity to a so-called “not normal” style of mountain biking that included airborne jumps, huge drops, and aerial feats.

The flagship 2013 Element 999 RSL won the IFDesign award for Best Cross Country Race Bike at the Eurobike tradeshow. The award-winning bike has only improved since then and still features prominently in Rocky Mountain’s bike lineup. 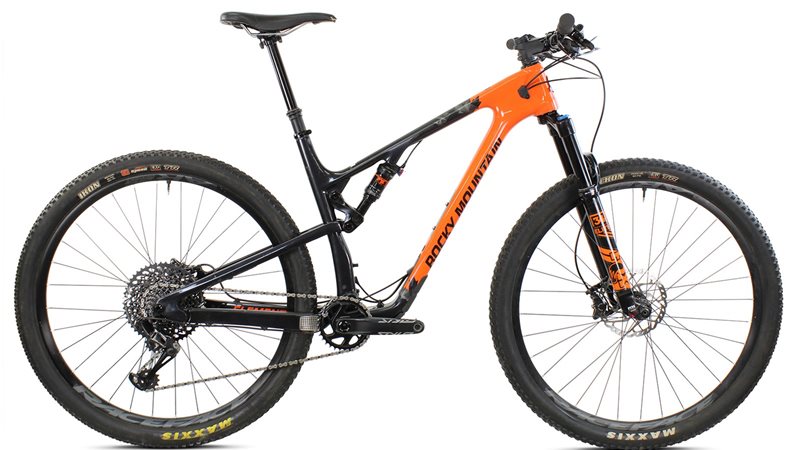 Few cycling brands are so intimately identified as Canadian as Garneau. Louis Garneau had a successful career as a pro cyclist in the late 70’s and early 80’s before he began making clothing for cyclists in his dad’s garage in 1983. Marked by extraordinary quality and durability, the Garneau logo can be found on any cyclist or triathlete who places a premium on well-made clothing.

Louis Garneau is still at the head of the company, heavily involved in the design, testing, and manufacturing processes and continually spreading his passion for cycling. Garneau’s ethos to mandate diversity and inclusivity through its products and the athletes it serves will no doubt be passed down to future generations. 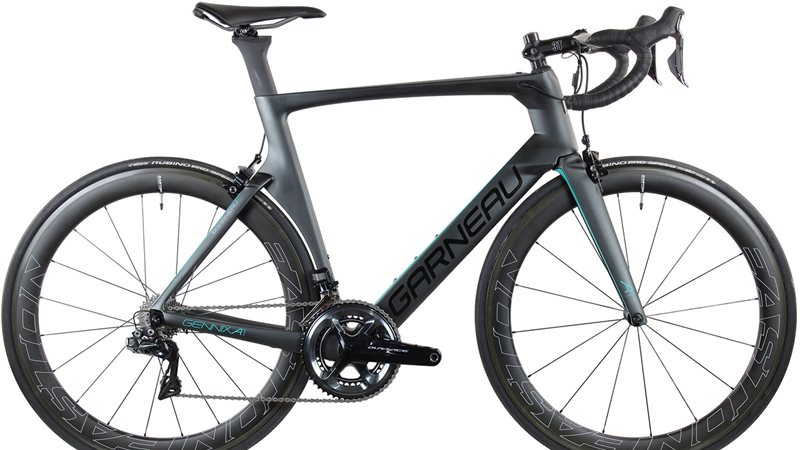 What makes this brand definitively Canadian is its origin in the labs and halls of McGill University in Montreal. Founders Gerard Vroomen and Phil White met at McGill where Vroomen was continuing his studies of bike dynamics. Cervélo upended traditional bike design with new tube shapes designed for optimal aerodynamics and continues to be the go-to brand for anyone looking to gain aerodynamic advantages. The two most celebrated models in Cervélo’s history are:

S bikes have had different names but nowadays the S5 is Cervélo’s flagship and always has been. It’s the fastest bike in the peloton, the one that wins sprints in stage races. It’s the pros’ go-to bike with an iconic v-stem and entire geometry focused on speed. 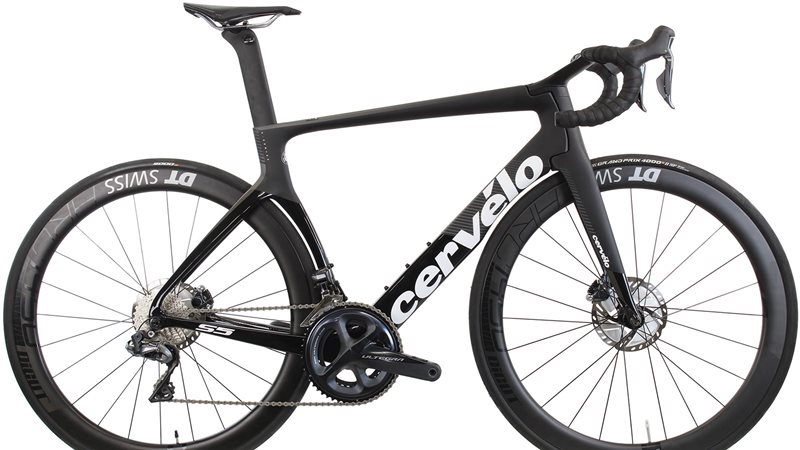 This is the not-so-secret weapon for champion triathletes. While triathlon is a small market, the P5 has claimed its fair share of Olympic gold medals and Ironman participations, as well as time trial victories. Given its engineering and appearance, the P5 is Cervélo’s iconic bike. 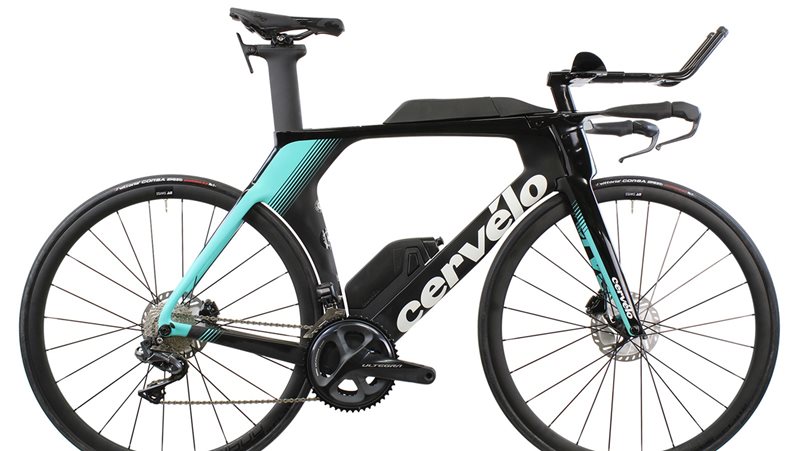 Norco started out in 1964 as Northern Cycle Industries, which sought to bring quality bicycle goods to Canadians by working with international partners. Alongside this distribution business, bikes were being built and sold from the modest “headquarters” in Burnaby, British Columbia, with a goal to sell 10 bikes per day. Demand accelerated, the name got shortened to Norco in 1967, and the brand has remained in a flow state of constant evolution ever since.

Norco is known for producing bikes for aggressive trail riding, like enduro, downhill, and freeriding. All Norco bicycle design comes down to three ideas: listen, innovate, ride. The collective minds behind Norco bikes share an innate desire to design the best bikes possible to create the ultimate riding experience, like this one:

Credited with bringing Norco international recognition, the Shore debuted in 2001 and raised the bar for freeriding. Vancouver’s famous North Shore has long been a mountain bike destination only for the most daring and dedicated shredders, which is why the spirit of the North Shore has been built into this model. 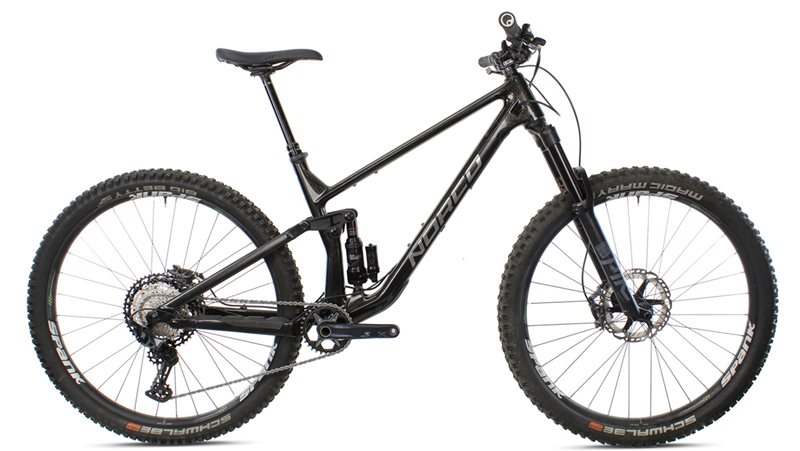 To find bikes that meet diverse demands for performance, durability, advanced engineering, utility, ethics, and more, look to Canada. That’s where you’ll discover bicycle manufacturers that have taken advantage of the terrain, industry, and knowledge that are uniquely Canadian. Other countries have their claims to fame as well when it comes to designing and producing bikes – we’ll get into those too. But for now, all eyes are on Canada and its impressive prowess for making great bikes.