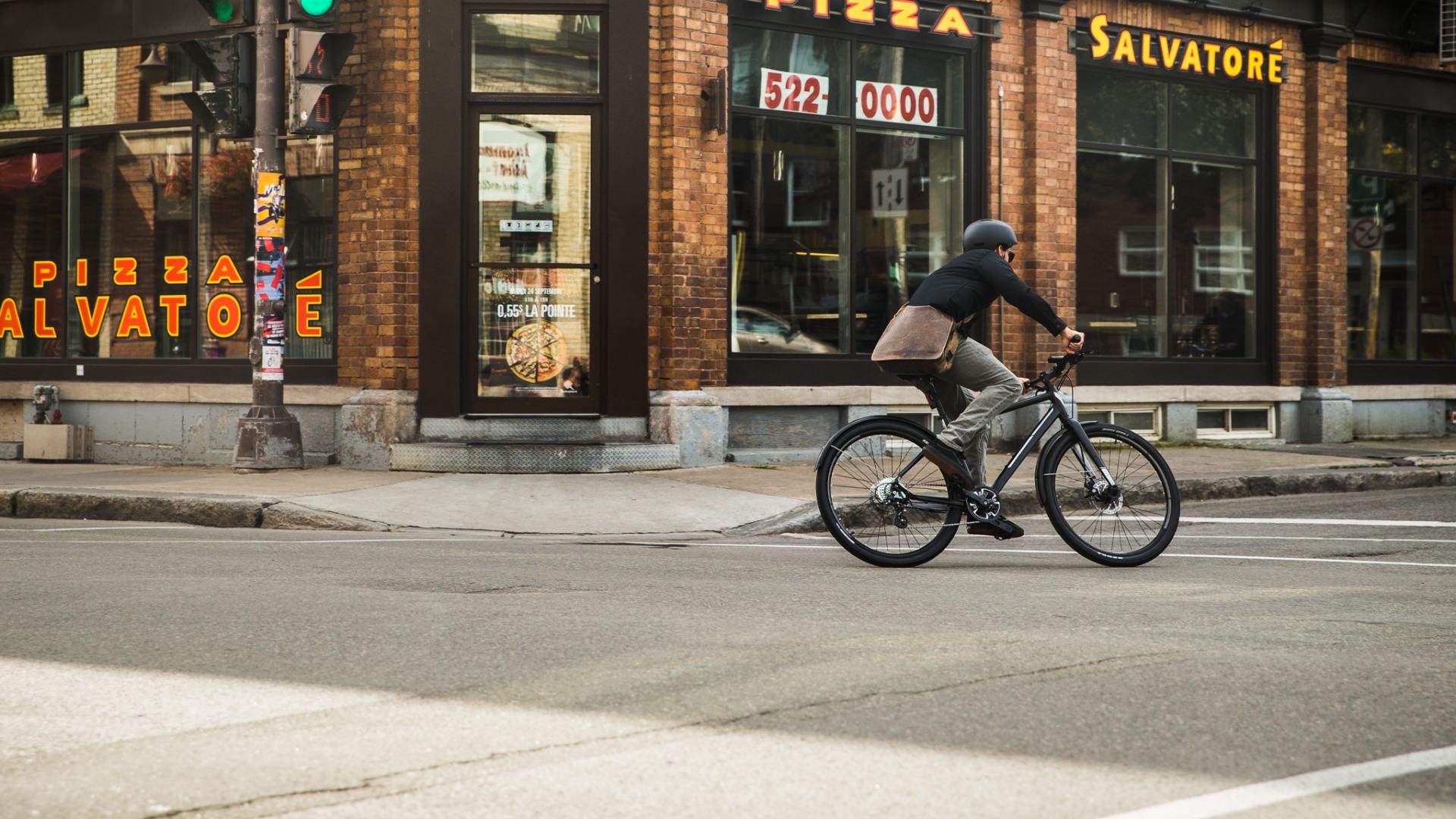 E-Bikes: Which Type Do You Need?

Electric bikes, known as E-Bikes, are currently at the center of a global revolution in the world of transportation. All over the planet, more and more people are trading their car for an e-bike to commute to work, get their groceries, and transport their kids to kindergarten. This green means of transportation is getting so popular that we are changing the way cities are planned and laid out to make more room for bikes and less room for cars.

But this revolution is not happening only in city centers: E-bikes are now available in almost every category of bikes out there, from the most hardcore mountain bike to the fastest off-road bike. Range, power, and features vary greatly between models. This guide goes through the basics to help you choose the right bike for your activities.

What is an E-bike?

Before we get into more detail about the basic characteristics of the E-bike, it is important to highlight the differences between an E-bike and other motorized vehicles on two wheels. Any vehicle that doesn’t require the rider to pedal to go forward is not an E-bike, even if this vehicle is equipped with pedals and has an electric motor.

No matter what type of E-bike you buy, the working principle is the same: an electric motor will assist the rider only when he or she starts pedaling. Once the rider stops putting the power down on the pedals, the motor immediately stops and the bike will start coasting just like a regular bike. The assist will automatically start again when the rider resumes his pedaling motion. Typically, the harder the rider pushes on the pedals, the more power the motor will output to match the rider's effort until the rider reaches the maximum legal speed limit for e-bikes, which is 32 km/h in Canada. That’s the reason why e-bikes are called pedal-assisted vehicles and why they are allowed on cycle paths.

Here are a few characteristics that are common to all e-bikes: 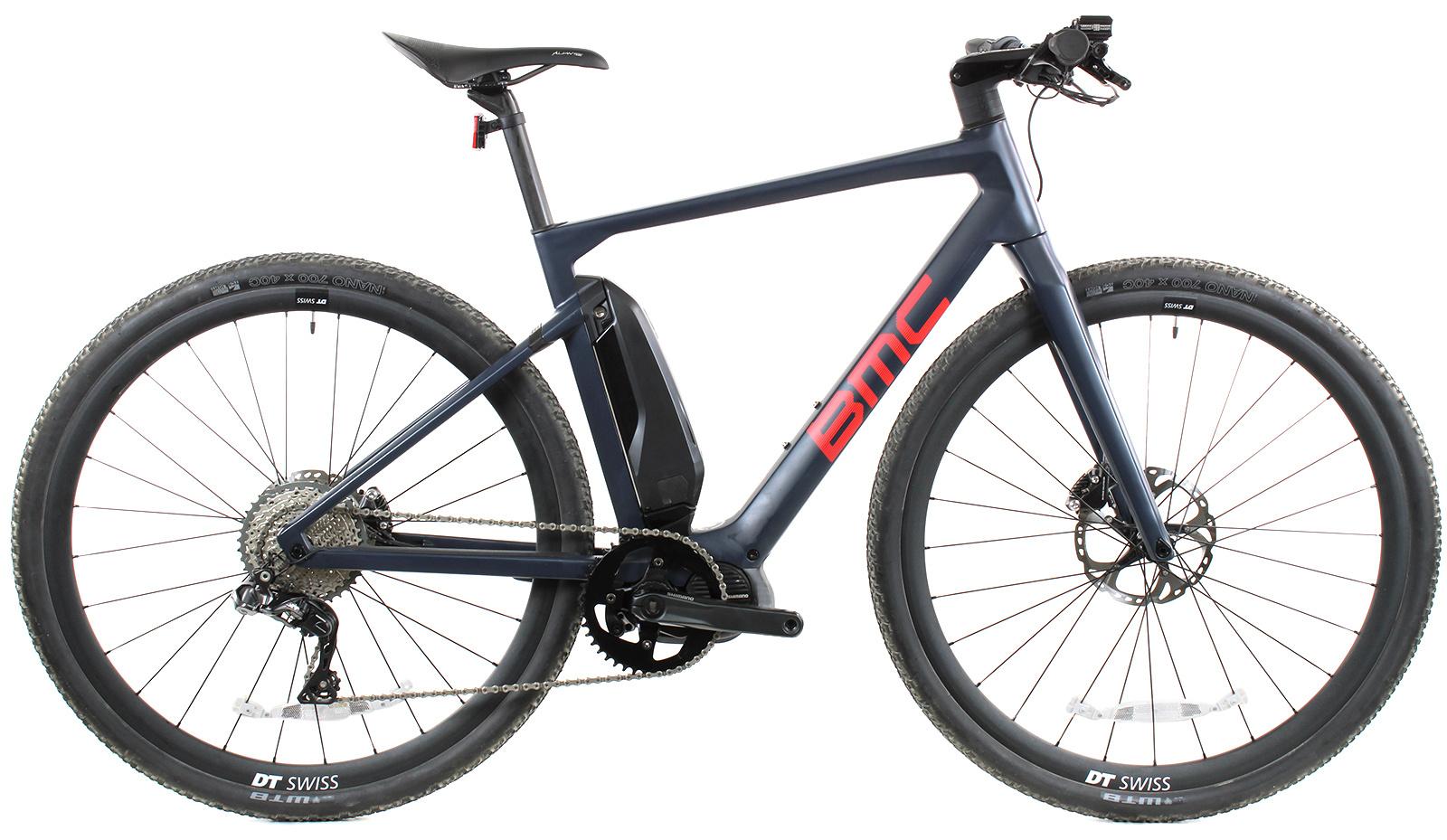 Without going into too much detail about power and battery capacities, we’ll explain the basic terminology describing the electronic portion of the e-bike, which is the only difference from a regular bike. These elements are quite important to understand since they are used to define the power of the bike and its potential range.

The power output of the motor is described in Watts. The more Watts a motor can output, the stronger and faster it will be. Nothing comes for free though: as power output increases, the energy consumption increases as well. That’s why leaving your e-bike in full Turbo mode will drain the battery faster than in Eco mode. This is also the reason why it’s so hard to determine the exact range of a battery: it depends on how hard the user rides the bike and on what type of terrain.

Battery capacity is stated in Watt-Hour or WH. Again, the more WH a battery has, the more range it will have at the same power output. Some manufacturers will often claim that their bike has a range of 100 km before the battery runs out and the rider has to pedal home by himself. That’s obviously under the best conditions while using the motor as little as possible. Going at full tilt, the range may decrease to 30 km. To recharge the battery, simply plug the bike to a power outlet. Don’t have access to an exterior plug? The majority of e-bikes come with a detachable battery that you can bring inside and plug anywhere.

Who Should Consider Buying an E-bike?

There is a widespread misconception that e-bikes were designed only for people with lesser physical abilities, or as a way to keep up with their faster partners. This could not be farther from the truth: e-bikes are for everyone, and they’re a blast. From an elderly person who is rediscovering the joys of cycling to the most intense Enduro mountain bike rider, e-bikes are just plain fun. They enable the rider to ride further for longer (keep an eye on the battery level though!) no matter their level of fitness or objectives. From commuters to weekend warriors, e-bikes are for people who are looking for the next generation of bikes.

Usually only found in commuter bikes, e-bikes are now offered in every bike category except for Triathlon, Time trial, and Cyclocross. Nowadays, even sub-types of e-bike under the same cycling discipline are widely available. In this guide, we will only present the main features of each category and its main use case.

With rapidly advancing technology in the e-bike world, road e-bikes are now so well designed that some of them are hard to tell apart from a non-assisted road bike. They will have the same geometry and go-fast features as a road bike but with the bonus of having a lot more power on tap. With motors of around 250w, these bikes will help you conquer your elusive local climb or simply be able to tag along in the fastest group rides without getting dropped. Want to get a proper workout? Simply push harder on the pedals and you will feel the same effort as a regular bike. But you’ll go twice as fast. If you don't need or want battery assistance on a given day, most electric road bikes are equipped with a removable battery pack that you can take off and leave at home. This will bring the weight of the bike down by around 8 to 15 pounds. The overall bike will still be heavier than a classic road bike because of the motor, but the experience will be close. 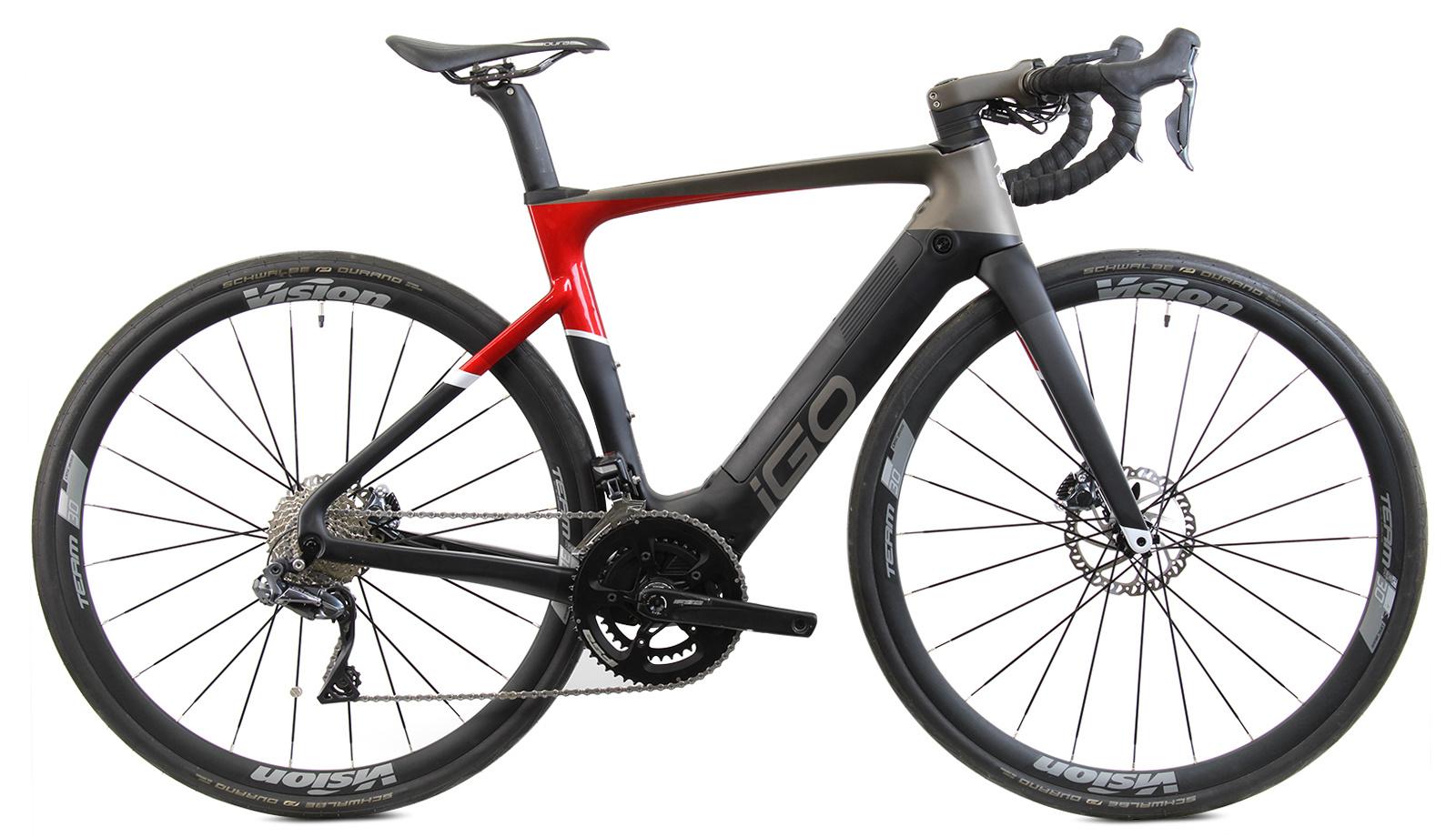 You can finally leave the chair lift behind: a mountain electric bike will be your next ticket to the top of the mountain. With powerful motors and a beefy battery, e-MTB will enable the rider to climb the mountain with ease and even do some extra loops. Their extra weight makes them slightly harder to handle in tight and fast situations, but the benefit of having the ability to climb the mountain without breaking a sweat outweighs this slight downside. The battery usually has enough juice for 4 to 5 hours of hard riding, so you can enjoy your day, and make it back. 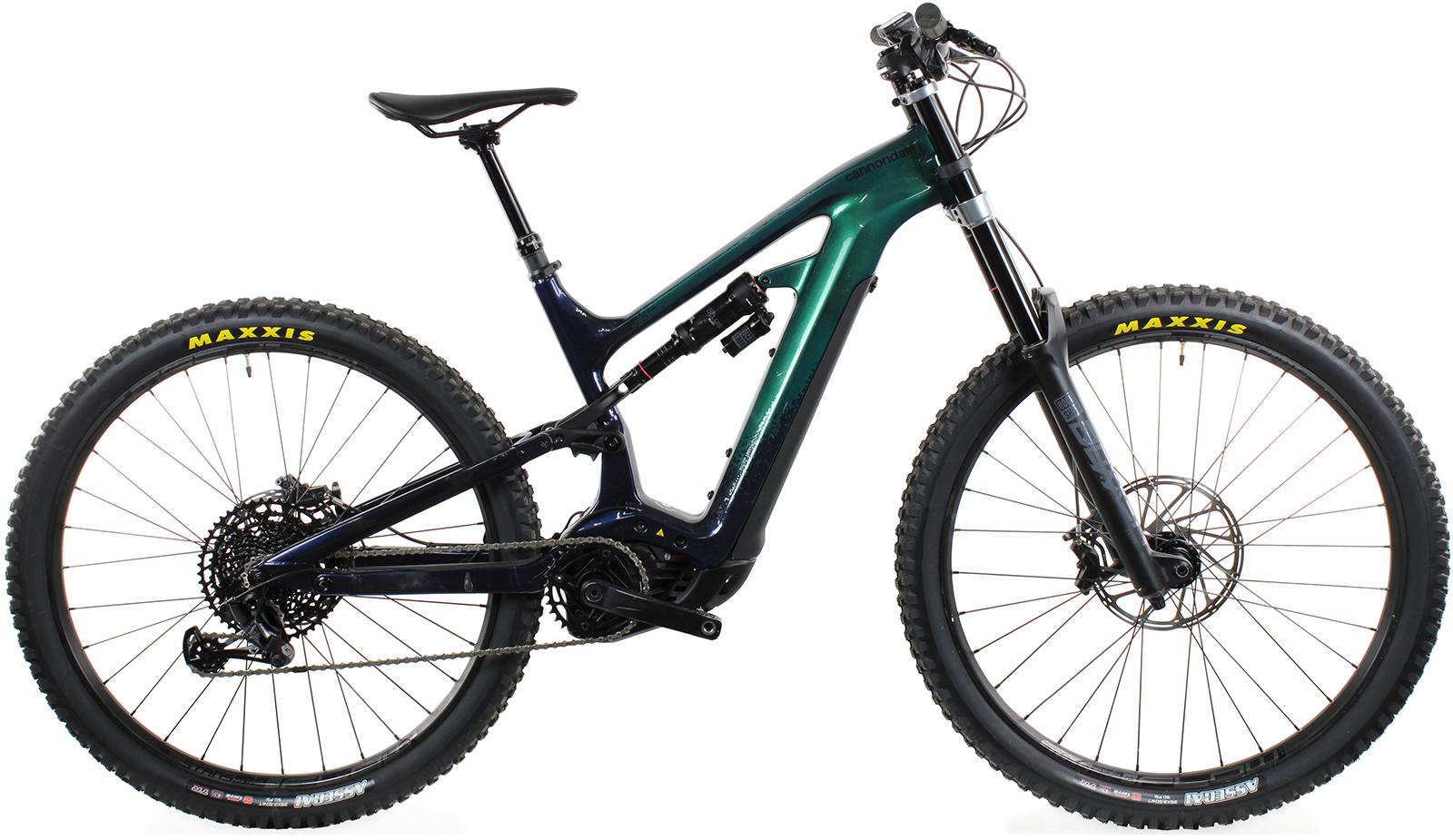 The original e-bike, Hybrid, and city e-bikes are at the epicenter of the transportation revolution. Green and healthy, these bikes are shaping the future of cities and their infrastructure. With the proper e-bike, a 30 km bike commute that would be unthinkable for some people is now a breeze. The ability to legally use cycling paths is the best way to skip traffic to get to work feeling fresh and full of energy. 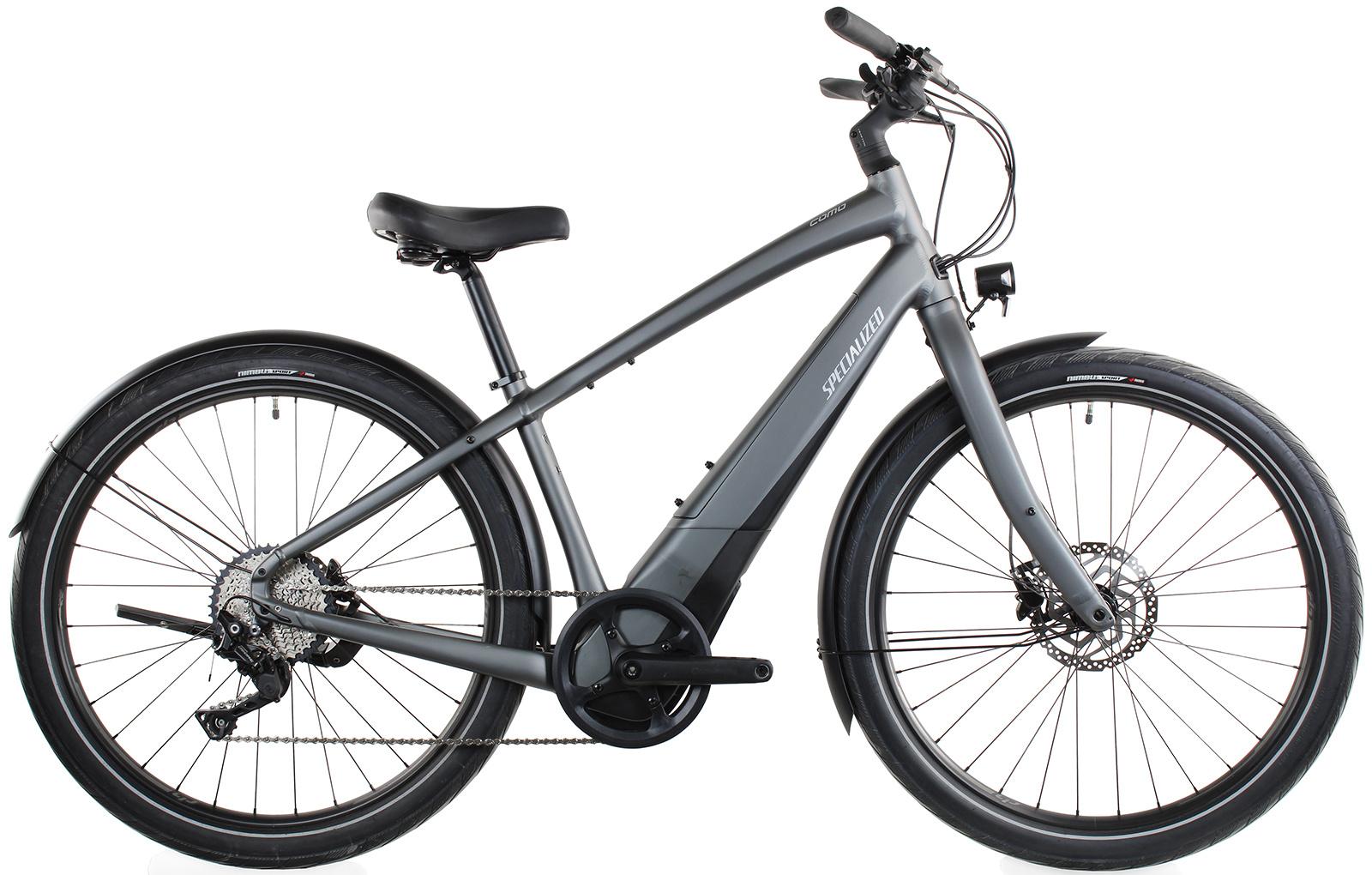 Like so many devices we carry nowadays, to function properly, e-bikes have to be recharged when necessary. You’ll never be stranded though: it is still possible to ride the bike even if the battery goes out, but because of the added weight, you won’t get there as fast. Quality e-bikes are almost maintenance-free, but the extra complexity makes them harder and more expensive to maintain over the years.

Just like electric cars, e-bikes are redefining the way we get around and they are truly at the center of a global revolution of transportation. There is now an e-bike for every type of riding, from a fast road bike to gnarly mountain bikes and everything in between. Modern e-bikes are now more reliable and have more range than ever before. Whether it's for rekindling one’s love of cycling or to get to work without breaking a sweat, e-bikes are fun, fast, and here to stay.