Bloom was represented by Manuel, Clay, and Félix for the 2021 Big Red Gravel Run, which is a race almost entirely on private gravel roads and country lanes. This makes the event attractive because these roads are normally inaccessible and fenced off. This 130-kilometre race with 1,750 metres of positive elevation gain is an event not to be missed. The third edition had more than 300 participants and several high-calibre runners, including Guillaume Boivin, just back from the Tokyo Olympics, Bruno Langlois, ex pro-cyclist, and many others. 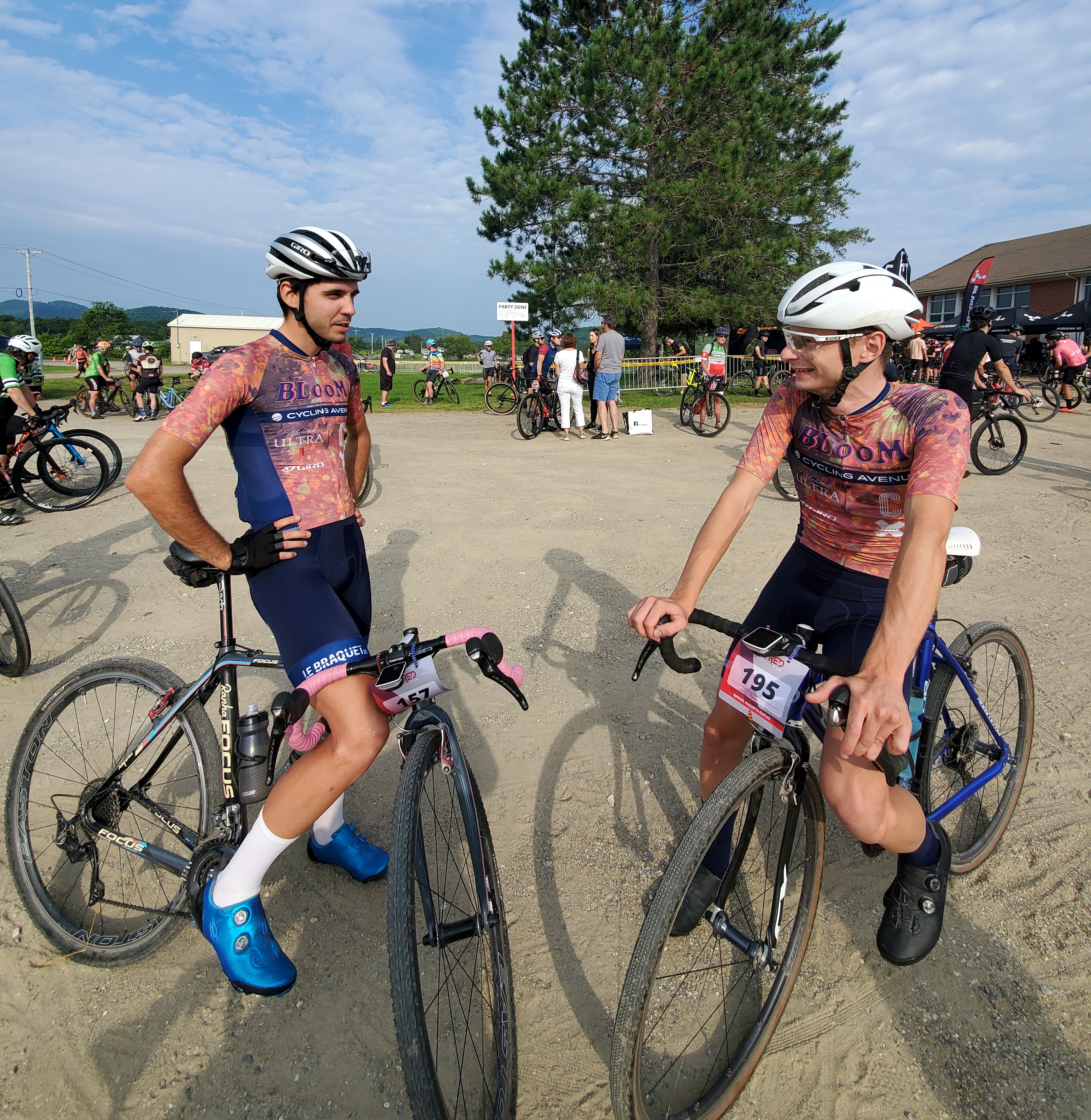 Showing up early was important to secure a spot in the front row to make sure we stayed in the lead group because we knew the start would be fast. Manu and I managed to find a good spot in front, and we were very excited to get started.

However, shortly before we began, I realized that I had forgotten to eat lunch. I ate a bagel before leaving that morning, but that was three hours earlier. So, I unwrapped two granola bars I had in my jersey and tried to eat them as fast as possible. That's when the race got underway, and as expected, it was a fast start. The first 20 km was brutal. I managed to stay with the lead pack until the first technical section where my knowledge and skills were not up to par. I lost a lot of time and even fell hard because of the extremely wet and slippery conditions. A little help to straighten my saddle, courtesy of none other than Maghalie Rochette, and I was back in the race.

I joined a group of five or six competitors, including my teammate Manu. We rode together to the first refuelling station where I gulped down a Red Bull that literally gave me wings and probably saved me in this race. At this point, we caught up with another group and we were now close to 20 competitors. We did most of the race trading laps ahead of each other. 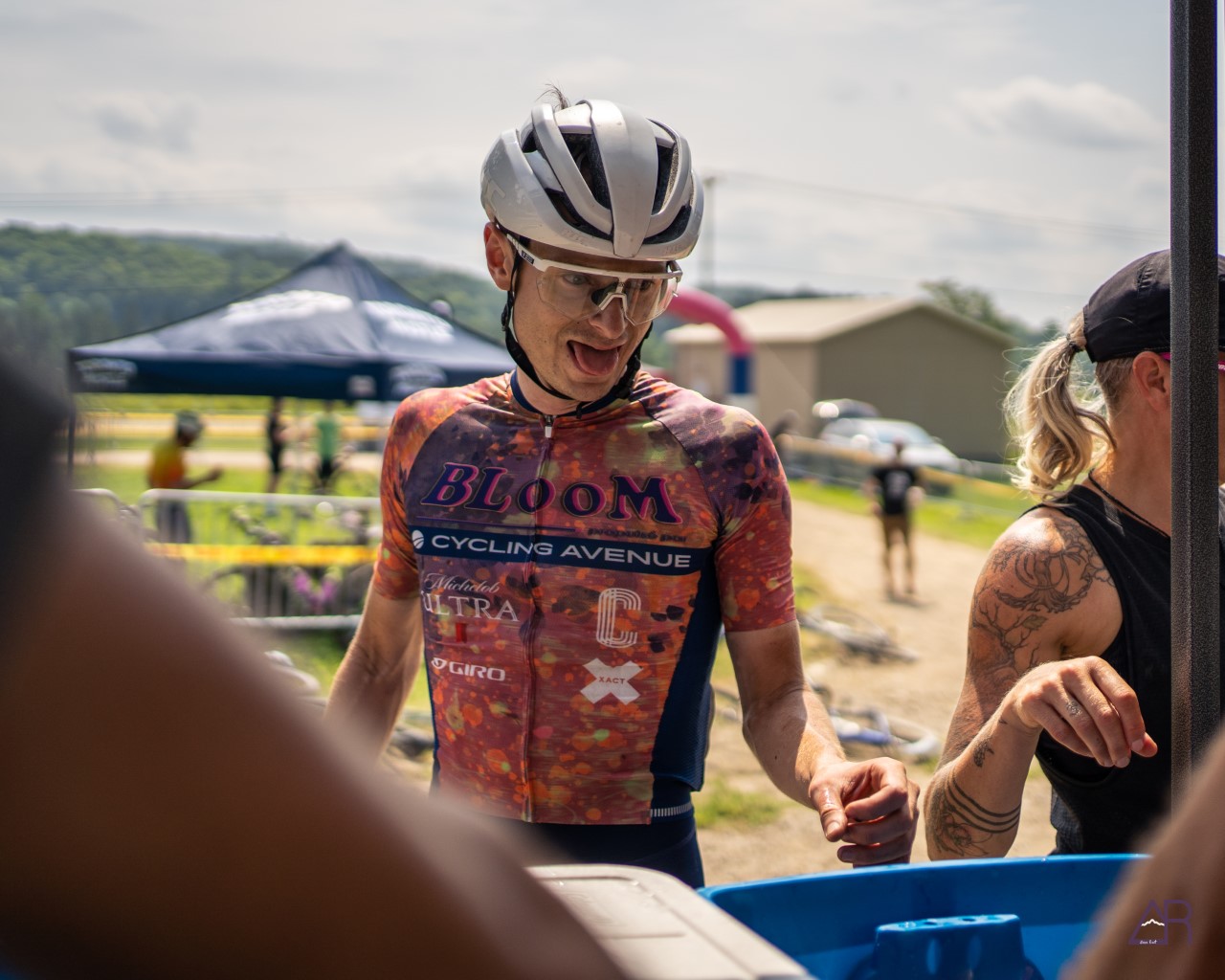 At the second aid station, I grabbed some energy gels and a pickle to prevent future cramps. Our group was losing more and more runners due to fatigue, but things were going well for me. At the last pit stop, Manu and I made the strategic decision not to stop. Only three others used a similar tactic. The last two obstacles of the race were coming quickly.

The first one almost broke me because my heartbeat was echoing in my skull. The rock field! Rocks as big as soccer balls for 500 metres with some elevation change on top. Ultra technical, ultra hot and ultra frustrating, because I was totally on top of my game going as fast as I could, but I was still losing time on technically stronger people.

Once I passed the rock field, I had only one thing on my mind: to catch all the people who passed me in the final challenge of this race, the big hill! I managed to catch a few, but the last two were so close and so far at the same time. I could touch them but couldn’t catch them. I gave it my all to close the gap, and when I finally got there, they slowed down and that allowed me to recover a bit. Only 15 km were left in the race.

With 10 km to go, one of the guys in our trio cracked. There were only two of us left until the finish line. It was going to be a sprint. I was strategic and stayed close by. I waited until the very end to start my sprint. I heard the cheers from the spectators, and despite the cramps and a very modest sprint, it was a small victory for me! 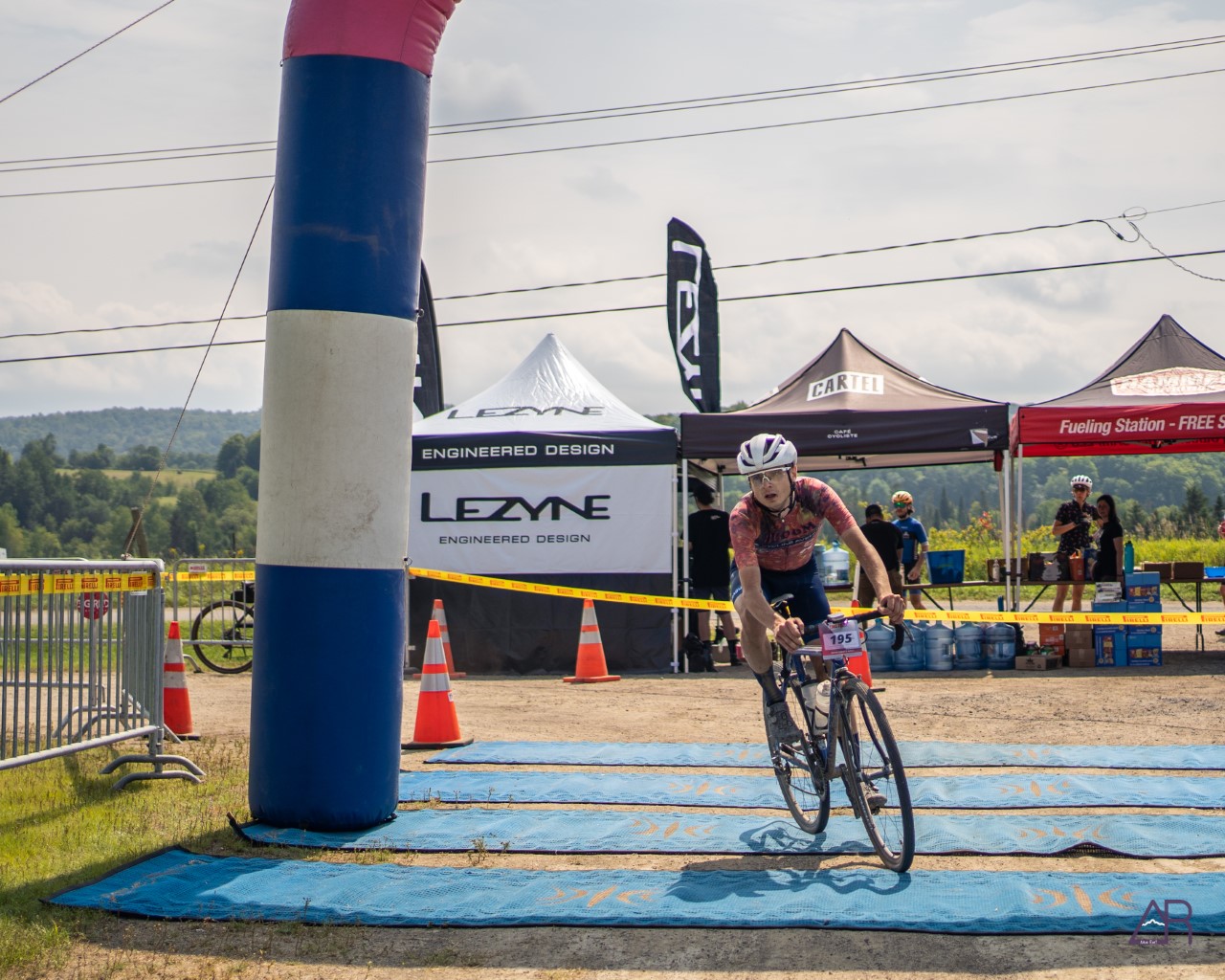 Before I get started, talking about all the intricacies of the demanding gravel course, I would like to talk about the overall quality of the event experience.

With many great sponsors, the race had little to no hiccups in terms of nutrition! The food, I can’t say enough about the food at the race. As I showed up to the start area in a bit of a panic, I was surprised to see the organizers handing out free coffee and other snacks.

During the race, the three feed zones were very well placed, in my opinion. There were unlimited, high-quality, and varied food options at all of them. You couldn’t mess up your race nutrition, even if you somehow forgot to pack all your food from home! The finish was no exception either, with yet again an unlimited supply of burgers, salads, and desserts. Even if I hadn’t found a gravel bike last minute, it would have still been worthwhile attending for the food. 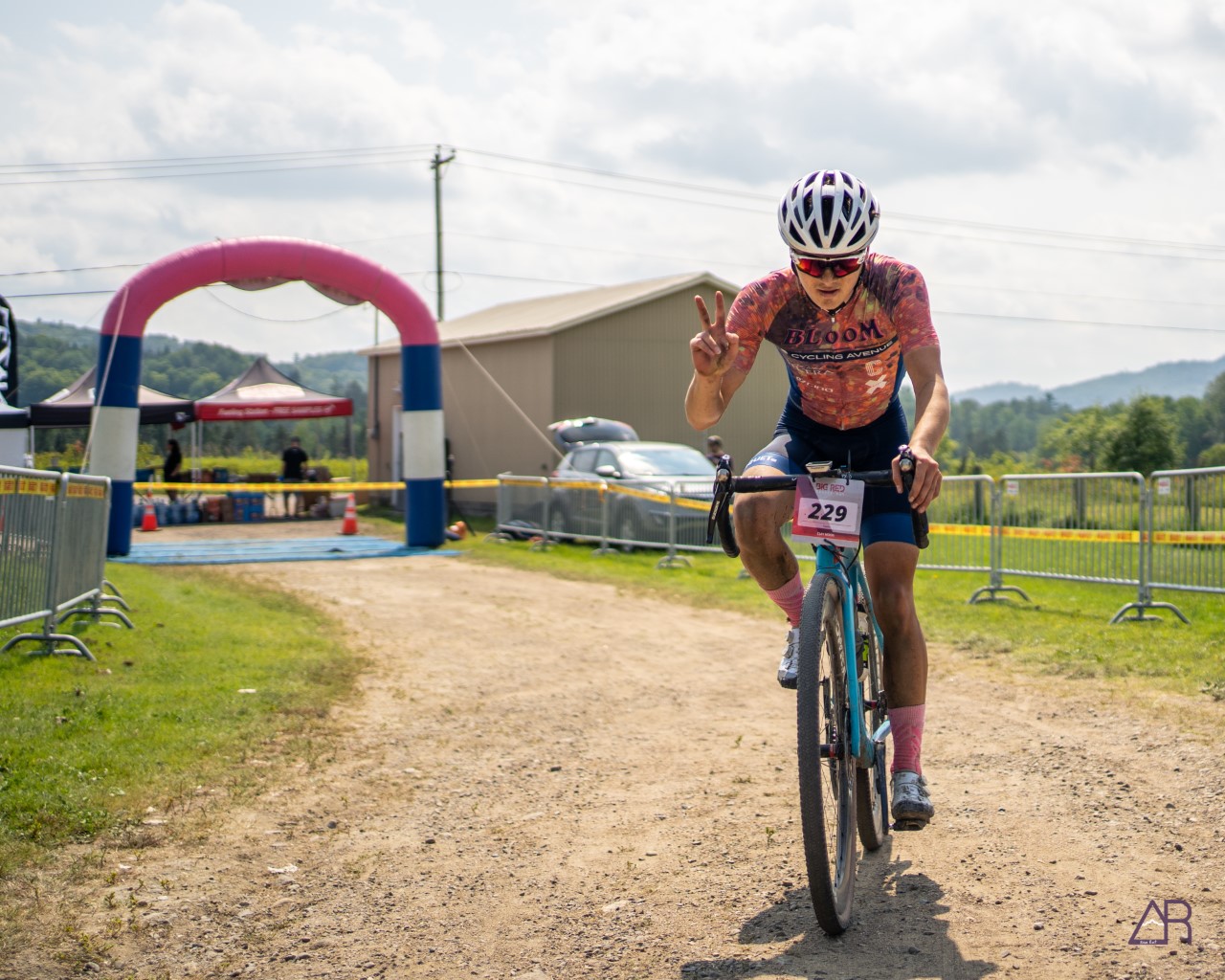 The first 20km of the race were challenging. I wasn’t feeling terrible, but I also wasn’t used to fighting for position in this new environment. I started moving down the pack and was doing fine until I got caught behind some people who unclipped on a steep, sandy climb. From that point on, things got considerably worse as I entered the first Oasis section, where it started raining, and my cleats no longer worked at all. I will admit that things were looking grim at this point in the race, with numerous close calls on the muddy descents and no pedals. At least 40 people passed me in this section. I remember thinking my race was over. Somehow, I finally made it to the first feed and kept praying for normal gravel roads to return. I should also mention that I did not analyze the course because I had almost bailed from doing the race. Therefore, I was not aware of the duration of the oasis/technical sections, only the significant climbs.

Nonetheless, considering my lack of course recon and gravel experience, I crawled back to 49th place and snagged some decent times on the climbs. Although I spent most of the race on my own, which likely slowed me down more, I soaked up the views. The Red River area has such raw, wild landscapes. I’m sure I’ll be back, both for riding and canoeing. Thanks Big Red.