We have partnered with new ambassadors for 2022 and it is finally time to reveal the new crew with a quick interview to discover who they are behind the scenes.
Without waiting any longer, here is:

What is your job?
I am currently studying full-time at McGill for a Bachelor of Physical and Health Education thus my official job is student. I also work part-time in a sushi restaurant, for the facilities department at McGill, and as a mountain bike coach for Les Chèvres de Montagne.

Where are you from and where do you live now?
I am originally from British Columbia although currently live in Montreal and have been living in Quebec for nearly 7 years. 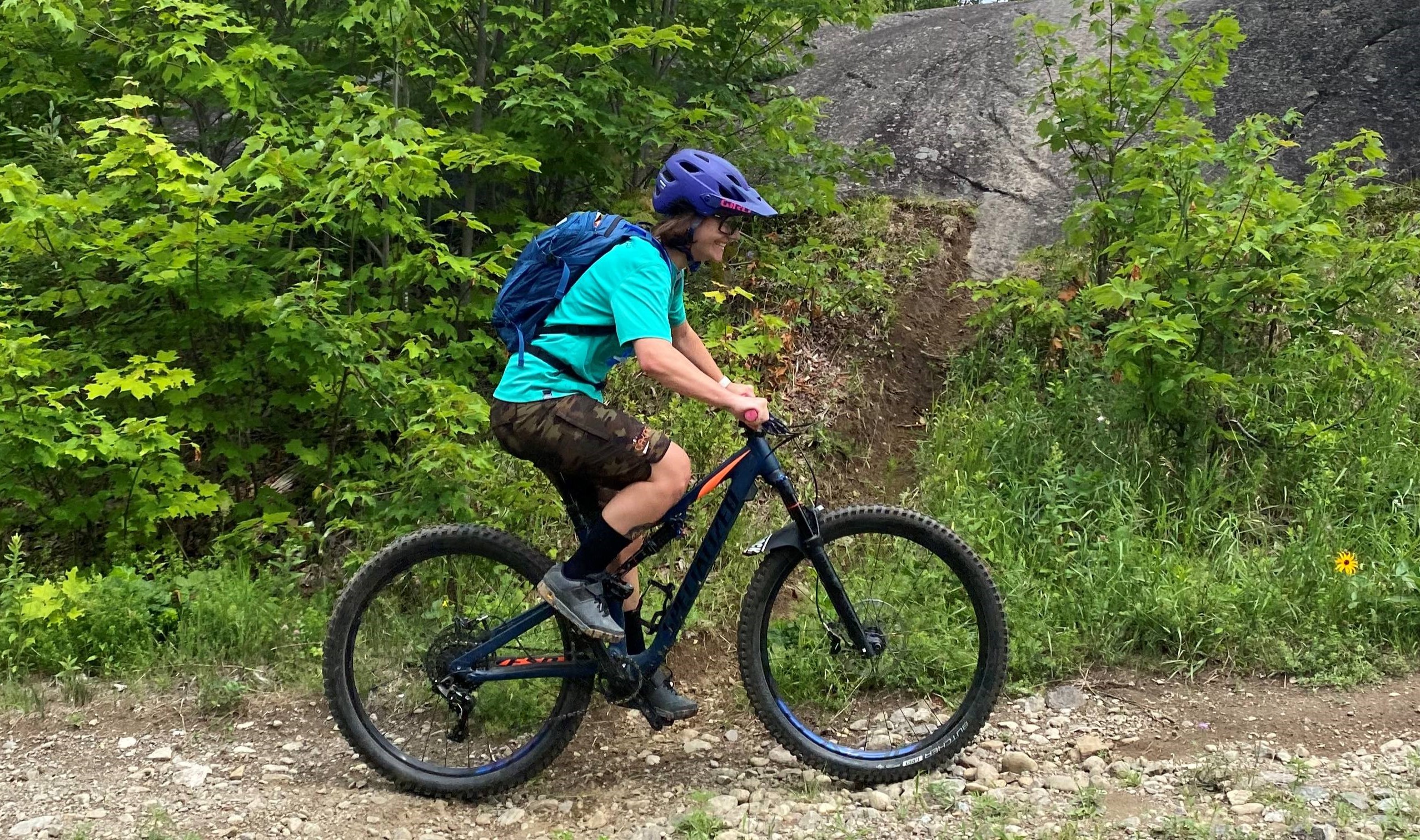 The cycling discipline you specialize in?
Mountain biking & gravel riding

Your greatest achievement on two wheels / what you are most proud of?
I competed for Canada twice at the UCI National Downhill World Cup in 2011 and 2012, both times were while I was racing in the junior category.

The one song you sing the most (out loud or in your head) when you ride?
I don’t necessarily sing this song the most while I am riding BUT Rookie by Boysetsfire (ifykyk) was a fave when I first started riding (the name of the song was fitting). If I were to head to the karaoke bar though, Bon Jovi Livin’ on a Prayer is ALWAYS on the sing list.

If you could have a superpower, what would it be?
I wish I could fly! Flights across Canada are pricey but if I could fly, I could go home to BC to visit my family more often.

If you had to eat the same thing every day for the rest of your life, what would it be?
Sushi! I love sushi and because there are SO MANY options, you’d really never get bored.

Are you more of a morning person or a night owl?
100% a morning person although I can unleash my inner night owl when the need arises. COFFEE CLIMBS ALL THE WAY! Early morning climbs up Camilien Houde in the summer with my gals are the best start to any summer day.

Complete the sentence: I ride for...
Fun and to “escape!” I grew up racing and although I still love the thrill of mountain biking, I am keener nowadays exploring on my gravel bike and adventure cycling. Every ride is about the experience and not the clock.

Post-ride snack?
I am a big fan of a few good gulps of chilled chocolate milk however I will never turn down an icy cold beer and some chips after a good ride (of course followed by a swim!)

Your biggest crash/fright?
In 2012 I crashed while training for a race at Kicking Horse and ended up pinching a nerve in my spine which caused me to lose feeling in both my hands. I was put on a spine board and airlifted down the mountain (literally hanging on a long-line below the helicopter) to a waiting ambulance then taken to the hospital. Everyone who saw me walking the following day looked at me as if I had risen from the dead and I later found out there were rumours of me having a broken back. Thankfully that was not the case!

Your hidden talent?
I can do the worm which is secretly my party trick that is no longer a secret.

Your “must watch” bike video content?
“Girls Gotta Eat Dirt” - if you aren’t having this much fun while biking, I truly don’t think you’re not doing it right. Plus, these gals are straight B A D A S S. 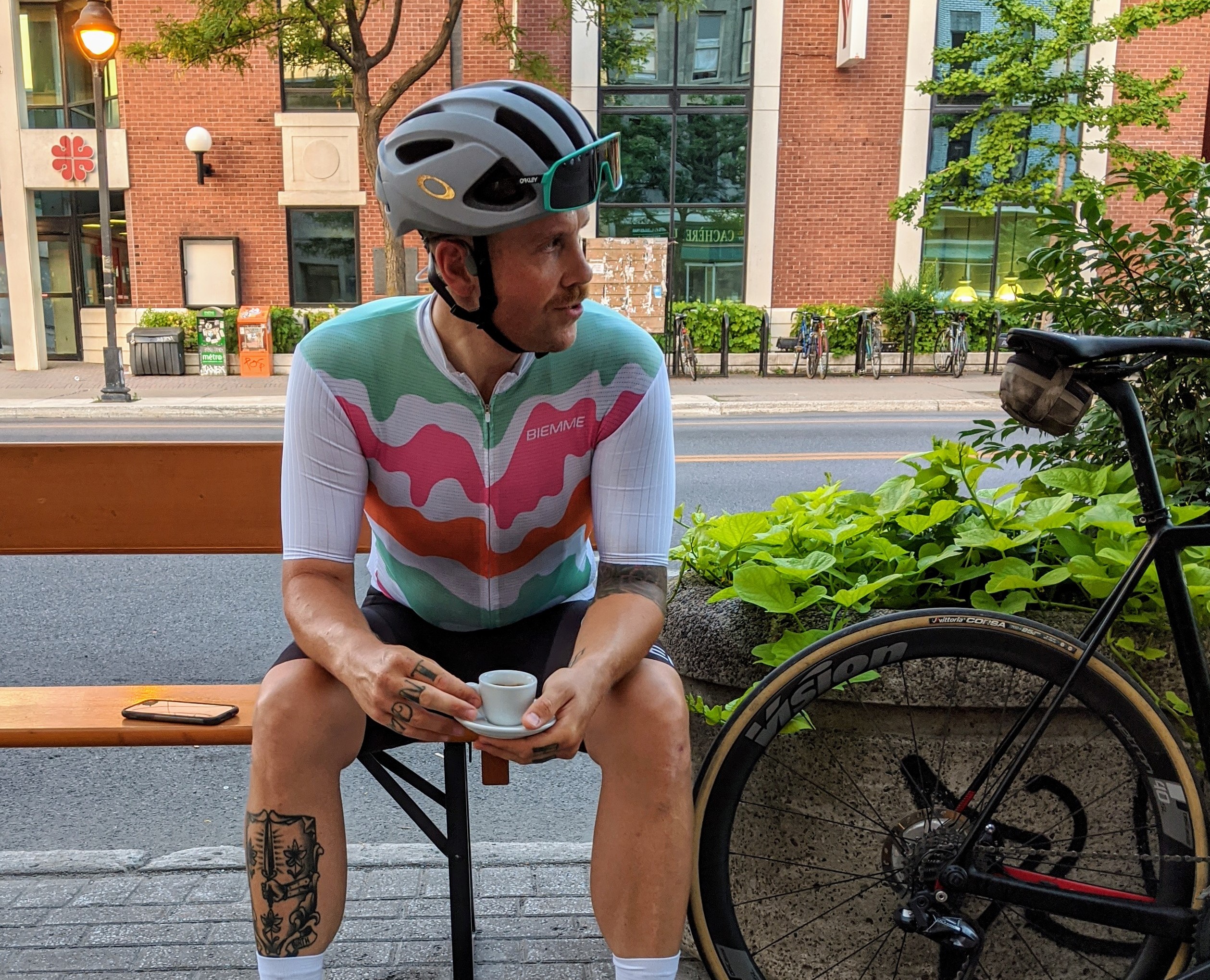 Originally from Montreal and riding for over 10 years, Fred proudly wears the colors of the Messorem Cycling Club @messoremclubcycliste. You'll definitely see him at the 3 rides his club organizes weekly. With an average of over 20,000 km of road and gravel cycling under his belt each year, Fred is what we call a true enthusiast. 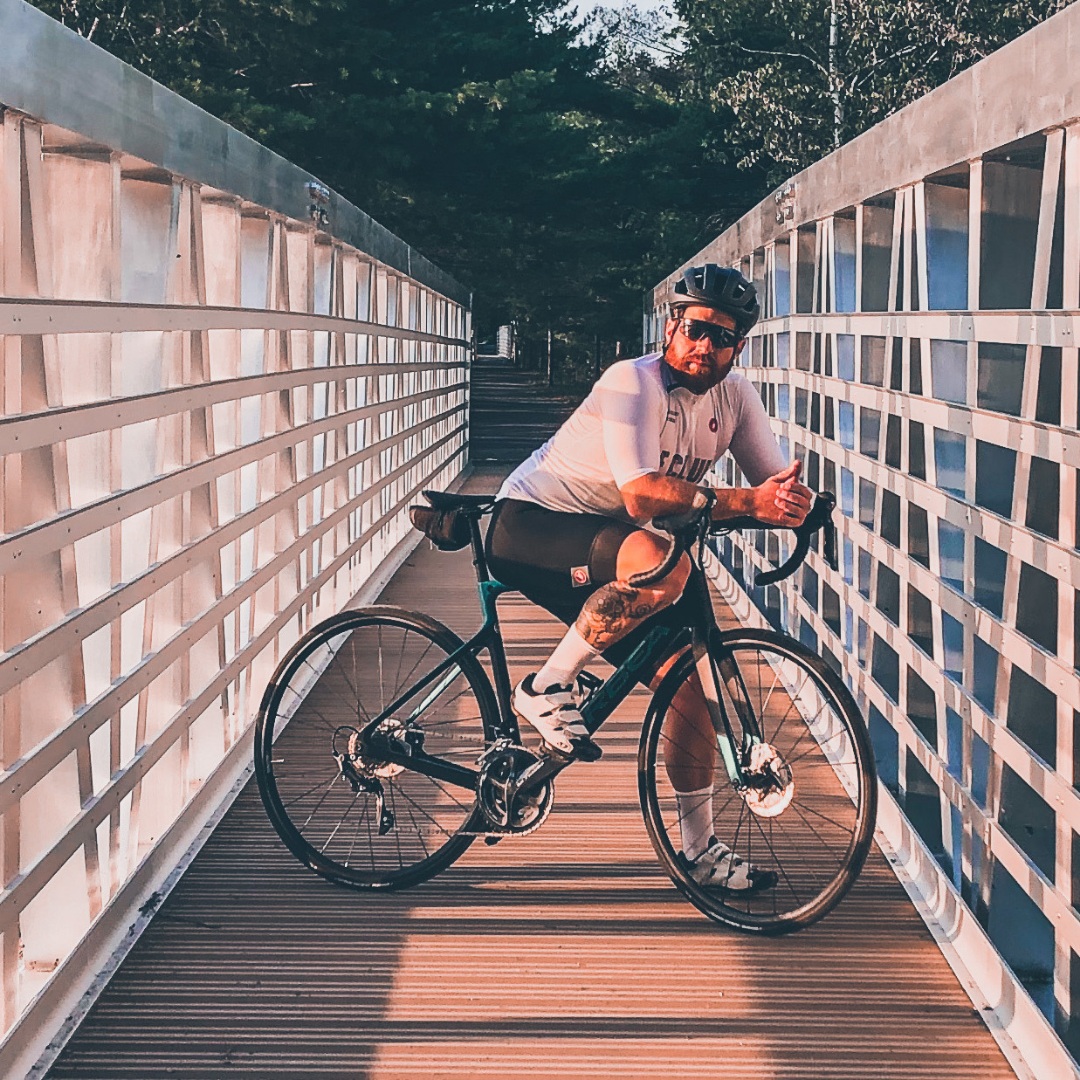 Personal trainer by profession, Guillaume is ready to take on all types of challenges. Formerly a Downhill rider, he now focuses on triathlons as a personal goal. He has truly dabbled in every type of cycling possible. A videographer and vanlife builder in his spare time, Guillaume is the ultimate role model for improving your physical and cycling performance.